Leita Kaldi Davis worked for the United Nations and UNESCO, for Tufts University Fletcher School of Law and Diplomacy and Harvard University. She worked with Roma (Gypsies) for fifteen years, became a Peace Corps Volunteer in Senegal at the age of 55, then went to work for the Albert Schweitzer Hospital in Haiti for five years. She retired in Florida in 2002, and wrote a memoir of Senegal, Roller Skating in the Desert, and of Haiti, In the Valley of Atibon, as well as several travel memoirs.(amazon.com or lkaldi@hotmail.com). Leita received the Lillian Carter Award in 2017.

Susan recently re-joined the RPCVGCF board, after a ten-or-so-year's hiatus. I have been living in Florida since 1997, and in the Sarasota-Manatee area since 2000.  I was a Peace Corps Volunteer in Costa Rica from 1985-1987,  and I now enjoy a fulfilling a private psychotherapy practice, which includes writing evaluations for immigration.  I am so grateful for my peace corps experience, which stays with me to this day.  I joined the RPCVGCF board because I want to be a part of our group's impact on environmental sustainability and social justice, both locally and globally.

Career: 24 years in the U.S. Armed Forces. Retired as a Navy Supply Officer.

School teacher, currently I am teaching 6th grade science at Manatee School for the Arts in Palmetto Florida, where I have been for the last 11 years.

I Have 3 sons and 8 grandchildren.

Originally from Kansas, Gary received a BA at the University of Kansas, then was a PCV in Tunisia, teaching English in Sfax, Ez-Zahra and Tunis from 1966-69.   He subsequently studied comparative education, receiving an MA from the University of Chicago and also studied Arabic in Cairo for 3 years.   He worked in an international program at the University of Oklahoma prior to coming to Washington to work with the Fulbright Scholar Program for 33 years, responsible principally for exchanges with North Africa and the Middle East.  He retired in 2011 and moved to Sarasota in 2020.

For the last twenty-seven years, Nancy Janus has been a professor of human development at Eckerd College in Saint Petersburg. During that time she has taught Global Children’s Issues, Human Trafficking, Issues in Adoption, and Counseling. Folded into these courses have been travels with students to Viet Nam, Malaysia, Tanzania, Thailand and especially Cambodia. She also led spring break service trips throughout Central America.

She earned a doctorate in Counseling Psychology from the University of Massachusetts in Amherst, and also gained her license as a clinical psychologist. She taught French in high schools, earned a Masters in School Psychology, and taught at the Eastern Kentucky University.  For twelve years she was a tenured Professor of School Psychology and Counseling at Southern Connecticut State University in New Haven.  She is fluent in French, Spanish, and Tunisian Arabic, this last reflecting her three years in the Peace Corps in Tunisia.

She created a program in international adoption in Bolivia that ultimately facilitated the adoption of more than seventy infants. She and her husband also have three daughters adopted from Colombia .

Growing out of her Peace Corps experience, travel and international cultural exchange have been central to every academic effort she has undertaken.  She is the author of Ethnicity in the lives of modern Malaysian youth,  and West meets East: The current state of mental health services in Cambodia.  Travel for Nancy has taken on a different dimension since a bicycle accident in 2012 left her in a wheelchair, Nonetheless,  she has continued to travel with students internationally during Eckerd’s winter term and went around the world in Fall 2017 as a professor on Semester at Sea. 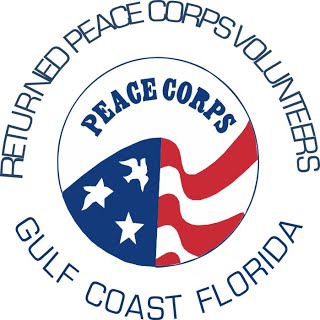 Personal: My goal in life " to save the Amazon Rainforest"